New function "Quick and Simple Start-up of Robotization" of ROBOMACHINE

FANUC has developed and launched QSSR (Quick and Simple Start-up of Robotization), which is a package of basic elements required to build robot systems with ROBOMACHINEs.

By using QSSR to build a system, the workload for design and system setup time are significantly reduced, facilitating the installation, setup, and operation of automation systems consisting of ROBOMACHINEs and robots.

The ROBODRILL-QSSR, which consists of a compact machining center of the ROBODRILL α-DiB Series and an LR Mate 200iD, is an ideal robot system for automatically changing workpieces. 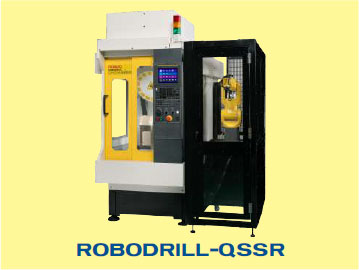 The ROBOSHOT-QSSR, which consists of an electric injection molding machine of the ROBOSHOT α-SiA Series and an LR Mate 200iD, is a robot system that is ideal for unloading molded parts and assembly after molding. 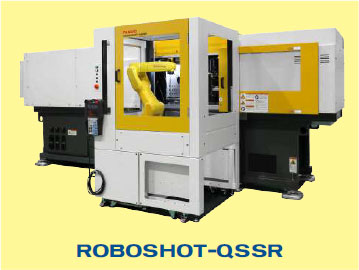 The ROBOCUT-QSSR, which consists of a wire electrical discharge machine of the ROBOCUT α-CiB Series and an M-20iA, is an optimal robot system for the automatic exchange of machining workpieces to be machined. 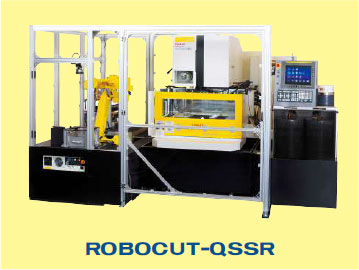