FANUC manufactures all of its products in the highly automated factories located at Headquarters as well as in Mibu, Tsukuba and Hayato.

Factories on the Headquarters campus in Oshino-mura, Yamanashi Prefecture. Many factories are dispersed in the 1,780,000 square meter FANUC forest, rich in nature.
Factories include those for assembling CNCs, Servo Amplifiers, Servo Motors, ROBOTs, ROBOSHOTs, and ROBOCUTs. There are also Machining, Press, Die Cast and Paint factories. Factory automation and robotization are actively promoted, as can be seen in the achievement of long hours of continuous unmanned machining. 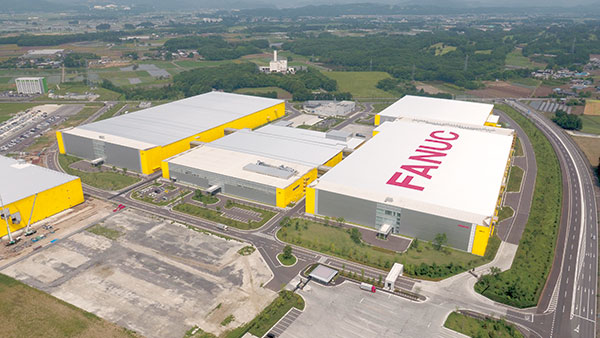 These are the most advanced factories built on 700,000 square meters of land in Mibu, Tochigi Prefecture.
The factories are highly automated with all devices being connected to a network. Each process is automated with robots, and connected with an automatic transport system. Entire production, from machining parts to final assembly and testing, is conducted here. Combined with the factories in Headquarters, the production capacity of CNCs, Servo Amplifiers, and Servo Motors is increased, enabling stability in supply. Laser oscillators are also manufactured in Mibu. 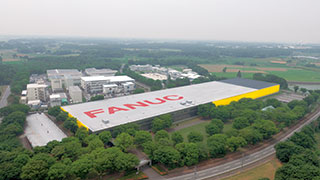 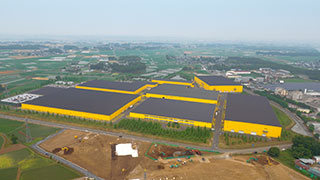 The Tsukuba Factories lie in the 600,000 square meter area in Chikusei, Ibaraki Prefecture.
In Tsukuba Area 1, ROBODRILLs are assembled.
In Tsukuba Area 2, parts for ROBODRILLs and ROBOTs are machined and assembled. Robot controllers are also manufactured in this Area.
The high level of robotization in these factories greatly increases efficiency in production. 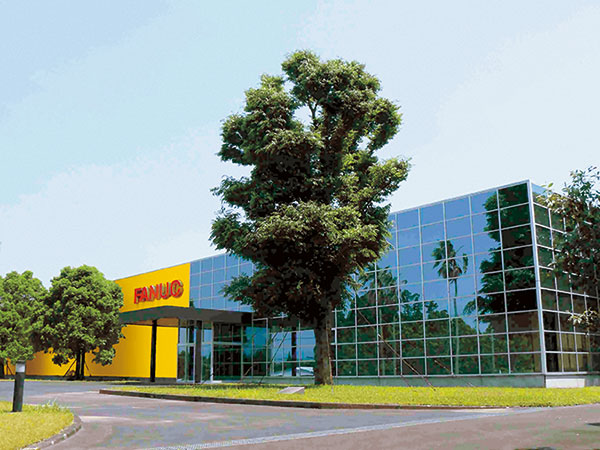 The Hayato Factory is located in the 170,000 square meter area in Kirishima, Kagoshima Prefecture.
Sensors for Servo Motors are manufactured in the highly robotized facilities.